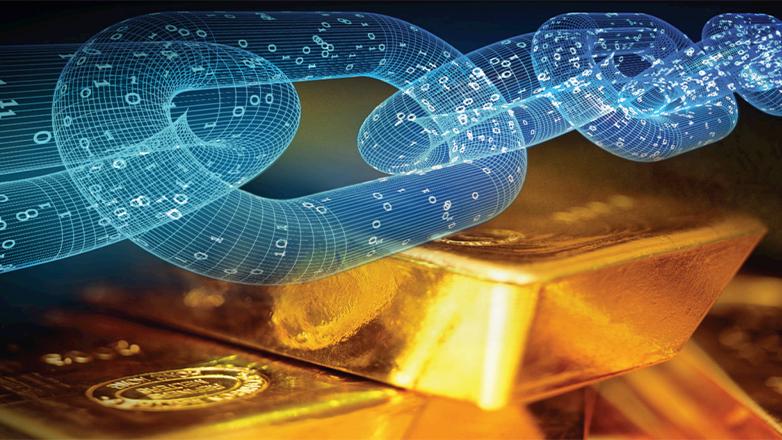 In this video Daniela Cambone of Stansberry Research discusses recent silver news with Willem Middelkoop, author of the book War on Gold and the Financial Endgame and founder of the Commodity Discovery Fund.

Willem believes that silver is facing the similar kind of squeeze that took palladium in 2017 and 2018: after years of manipulation, its physical demand overwhelmed paper shorts. Currently, silver and gold are facing the same risk: silver breaking might break gold, which can put the dollar system at risk and threaten global financial stability. Willem points out that bank cartels will want to scare investors away from gold and silver to protect the dollar. Still, money printing has grown uncontrolled due to COVID-19, which is making more and more people, especially the younger generation, aware of the system’s problems. Personally Willem believes that the silver price has to rise sharply soon: there is so much paper selling that the physical demand is due for a raise.

Next Daniela and Willem discuss the problem with fiat currencies and how the Central Banks might try to remedy the situation. Willem is sure that the banks will act before the exploding debt causes the system to collapse, but the real question is how they will do it. They might reevaluate gold and introduce it back to the system somehow. Either or, he is certain that the banks are currently building a foundation for a new international system: the banks own a lot of gold and major powers such as China and Russia are buying more – potentially to prepare for coming troubles. He points out that historically all non-backed currencies have failed.

Still, Willem doesn’t see a major correction happening until 2022 or 2023. In the meanwhile he advises to keep watch out for precious metals as well as the so called battery metals copper, nickel, and lithium, which have increasing demand due to technological industry. He’s also hopeful about uranium, which has a small market but potential for a real revival.

Using data sourced from the World Gold Council, Interest lays out five reasons why Bitcoin and other cryptocurrencies are no alternative for gold. This is a response to the common belief that cryptocurrencies are similar to gold as an investment asset. Their analysis suggests that while cryptocurrencies can superficially resemble gold as an asset, their core behaviour is different that they shouldn’t be considered a replacement for gold as a hedge asset. This is due to five main reasons.

Lines between gold and cryptocurrencies are often drawn in their limited supply and role as an alternative to fiat currencies. This comparison ignores gold’s dual nature: it’s both used to store value and as a means for exchange for over 2000 years. Gold has significant jewelry and technology demand, while cryptocurrencies main or only source of demand is for investment. Gold’s supply is diverse and regulated by both the mining output and its widely distributed ownership across several major producing countries. Meanwhile concentration risk is a big issue for cryptocurrencies as its five major mining entities are all Chinese – only 2% of the holders own 95% of all available Bitcoin.

Gold and crypto prices behave differently: namely Bitcoin and other crypto are significantly more volatile – their potential high rewards don’t come without high risks that need to be managed. Bitcoin doesn’t behave similar to gold in response to other assets, like equities for example. The correlation between the two is very low, which indicates they do not behave as substitutes: gold has traditionally shown a negative correlation to equities during stock market falls, while Bitcoin has been equally likely to rally or fall.

The analysis concludes that while there is a place for Bitcoin in an investment portfolio, it should not be treated as a safe haven asset. Instead it’s more at home among high-octane tactical assets. Gold is proven and established, while new cryptocurrencies might overtake old ones or they might face stricter government and central bank control.

Investing: Analysis Says There Is No Downward Trend

Financial Market Analyst Monica Kingsley takes a look at the charts and explains why the recent 2.5% decline in gold isn’t a cause for concern – according to the numbers, there’s no trend change. The yellow metal’s modest recovery attempt doesn’t imply a new downward trend, but the final chapter of a 5-month long consolidation. She believes the decline was a knee-jerk reaction, as there are still technical factors in place that drive gold upwards.

Monica tells that the decline of the moving averages isn’t serious, which is supported by the gold Force index. Another proof for the coming gold bull market is that junior miners are currently outperforming seniors, which is a classic hallmark of the bulls being dominant. She makes a comparison to silver, which has a bullish chart with high lows and potentially even higher highs after its short squeeze. Most crucially last Thursday’s setback flipped neither the short- nor medium term outlooks bearish. Factors for a bull run remain in place, so it’s time for the gold and silver bulls to return.

Steel believes that the price jump wasn’t, at least entirely, because of the social media and the r/WallStreetBets Reddit community. There were 37 million ounces created in ETFs on Friday, which was not set up for futures and coin and small bar demand jumped, which implies retail demand.

Historically silver tends to have more volatility compared to gold, but it was considerably higher during the recent event. Silver has reached $50 twice in 1979-1980 and 2011, but it has also gone as low as $3.50. The past week’s run of 15% took silver to $30/oz, an eight-year high, while gold hasn’t even gotten back to its January high of Jan 6. The gold-silver ratio contracted, and Steel believes that silver might have made even more gains if gold had just moved with it.