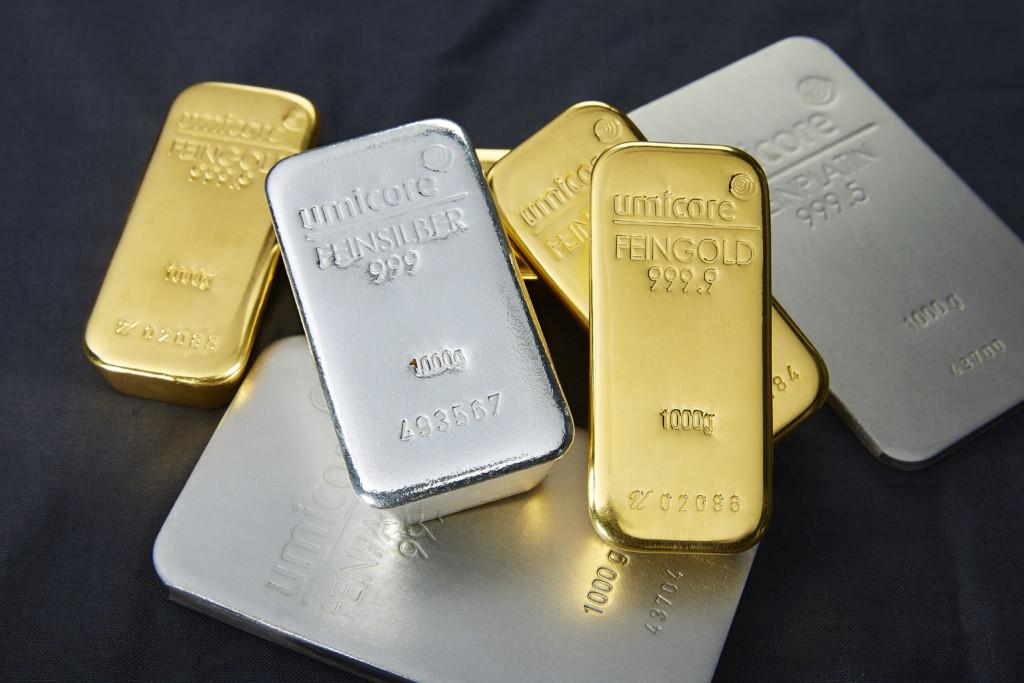 Daniela Cambone interviews Vince Lanci of Echo Bay Partners about silver’s current state, his predictions, and the gold-silver-ratio. Vince’s take on silver is that the metal is in the middle of a short squeeze – or at least people believe it enough to get nervous. While this squeeze hasn’t shown up in the price, it is apparent based on how the market behaves: at the moment, gold has been falling while silver is up. Therefore, Lanci believes that when gold goes red, silver will also rise hard.

Daniela asks if gold’s current low state is because of the relatively strong dollar and rising economic data for the US. Lanci says they affect the situation, but the real reason for the gold sell off is tactical: it began with the Chinese New Year.

Lastly Lanci answers a viewer question about the gold-silver-ratio. He believes it’s an important thing to consider from a trader’s or a historian’s point of view, but it was little bearing on the metal’s actual value. The ratio’s origin goes back to19th century, when a bimetallist movement wanted to tie one unit of silver to 16 units of gold. And while this no longer has any relation to the true value of either metal, it’s an useful estimate when gold and silver bonds are being traded.

Independent gold and silver analyst Hubert Moolman predicts that silver is close to something big in his Kitco commentary. Moolman uses fractal analysis to compare silver’s current season to its last one, and predicts that the metal is due to either a major rise or a major fall – with odds heavily weighing on the former option.

Silver had a major crash in March 2020, and since last August its price pattern has been similar to the one that led to the fall a year ago. This time, however, the odds are great for a major rise. Key to this prediction is how silver and the Dow have been moving similarly at least since 2019. In Moolman’s experience, silver has performed well when Dow is falling or stagnates, and he predicts that a Dow crash would sustain a major silver rally.

Most likely these major moves will play out during the next couple of weeks. We will see if silver’ll get the nominal top spot of 2021.

Kitco: Is This a Good Time to Buy Gold?

Despite gold taking a beating due to rising bond yields and rising interest rates, Kitco Author Richard Mills believes that it’s a good time to buy gold and gold juniors. In this comprehensive article he will explain why he remains bullish on gold.

Bond yields have risen because of the US fiscal stimulus and hopes for faster economic growth. Still, business investment is expected to move twice as fast than the broader economy, which feeds worries about inflation. While the Federal Reserve should control inflation by raising interest rates, this time the Fed is unwilling to stamp the vulnerable economy’s fragile recovery.

Meanwhile the Biden administration is spending like it’s on steroids: US deficit is predicted to be $2.26 trillion in 2021 before the $1.9 trillion Rescue Plan and the biggest infrastructure commitments since Roosevelt’s New Deal. In addition to repairing the COVID-19 caused damage by government projects, President Biden has also made two huge commitments to reduce greenhouse-gas emissions and to provide financial assistance to vulnerable developing countries.

All of this spending is being funded by debt, and the relief has boosted the US national debt close to $30 trillion. This combined with a loose monetary policy keeps interest rates near zero. Monetary easing and fiscal spending are done at the same time. This will mean inflation: dollar is down against nearly every major currency, and several commodities have surged in price. A increased raw material price leads to rising manufacturing costs, which usually trickle down to the customer. Signs of inflation are already showing, even if it doesn’t yet show up in the official statistics. This is why many believe that the overvalued stock market bubble is about to pop.

Gold Is a Traditional Hedge Against Inflation

The change will first be seen in certain base metals, which will enter into year-long deficits thanks to lessened mine output and increased demand of the renewable energy industry. Precious metals, mainly gold and silver, will soon follow: gold is a traditional hedge against inflation, and Fed has already announced it’ll tolerate higher than normal inflation. The big spending environment the US government has created will benefit the gold price. And where gold goes, silver will follow – and thanks to its dual demands of monetary and industrial demand, it might be in place to even outperform gold in 2021.

In conclusion, gold, silver, and gold and silver juniors are on sale, while almost every other asset is overpriced. Copper, zinc and other base metals will be first to move when the government’s infrastructure projects begin to employ people and repair the damage caused by the pandemic. And once spending grows uncontrollable, debt piles up and inflation grows, the smart money will flow into gold and silver juniors.