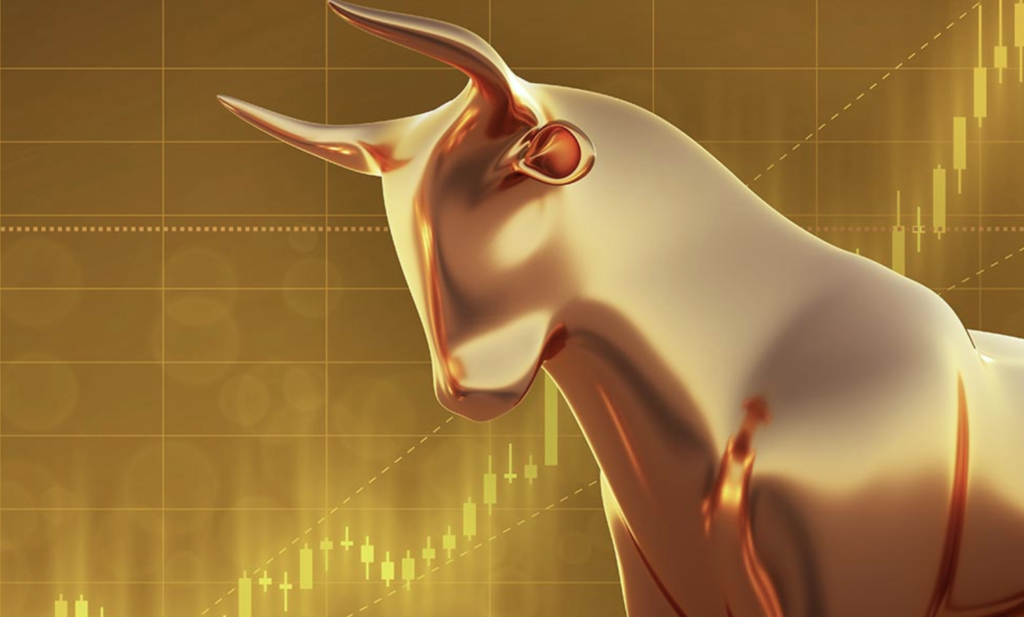 Financial Times: What Lies Ahead for Gold

The Covid-19 has turbocharged gold’s performance resulting in a high of $2,075 per ounce in August, reports the Financial Times. The fundamental reasons for this boom remain unchanged: the rock-bottom interest rates joined with massive economic stimulus rouse worries of inflation – especially in the face of further uncertainty caused by the pandemic.

Gold always becomes attractive when uncertainty is high and economic growth weakens, comments Joni Teves from the UBS Investment bank. The World Gold Council’s head of research Juan Carlo Artigas also comments that the two classic objections for gold, opportunity cost and lack of yield, have fallen away due to low bond rates. This has caused many new investors to flock to gold such as Pimco, who hasn’t favoured gold in the past.

But where will gold head from here? It depends on how the world’s economy will recover, and different analysts have varying predictions on how things will play out. For example, Charles Crowson from RWC Partners predicts a deflation followed by inflation over the next five years, and Merrill Lynch from Bank of America expects gold to hit $3,000 per ounce in 2022. The future remains uncertain, which is why the World Gold Council has used a web-based Qaurum tool to model different scenarios for the precious metal’s behaviour. Regardless of the scenario, there doesn’t seem to be news that would rein back gold’s performance.

Investment Week reports that gold’s year-to-date claims of over 24% are impressive relative to other major asset classes. They believe that gold will remain very strong in the coming year and beyond. While gold is a good doomsday asset, it also fares well in times of growth. Its price tends to rise with inflation, which is high in times of strong economic growth. That makes it a perfect add-in to any investment portfolio.

The US Federal Reserve and other central banks are allowing inflation to elevate in the coming years as part of economic recovery, which will support the gold price. Historically there has been a lag of approximately three years between high monetary growth and high inflation. Investment Week expects that the recovery will continue despite the uncertainty of resurging Covid-19 pandemic and other factors. They predict gold price could rise for more than $500/oz in the coming year as they expect inflation to rise to 2,9% around the middle of 2021 which will lift gold price by over $250/oz.

Degussa: Better Hold on to Your Gold

Coronavirus and the political reactions to it will make a lasting impact on the world’s financial systems and economy and it could be even said that the free market system is in peril, claims the Degussa Market Report. The pandemic has gathered more support for political globalism, an ideology espousing government intervention over free market forces. Its spread could spell peril for the free market as it is. Degussa predicts that the central banks won’t stop their support on the economies or printing new money, so savvy investors can expect low interest rates for the foreseeable future, simply because of the high indebtedness.

On brighter news, the announcement of the coming Covid-19 vaccine gives hope that the political lockdowns and their devastating effects on the economy will stop. Still, that might not end the banks’ expansionary monetary policies as the economic system has become too dependent on the artificially suppressed interest rates. It’s very likely that the purchasing power of all official currencies will come under pressure. So you better hold onto gold as its purchasing power isn’t affected by the central banks’ actions. It’s a safeguard against an unlikely but possible downfall of the unbacked paper money system.

With this Degussa gives a cautious estimate that the gold price could reach around $2,500/oz by mid-2021 which, at current prices, means an upward potential of approx. 30 %.

Victor Mendez Barreira of Central Banking interviews Róbert Rékási, head of the foreign exchange reserves management of the Central Bank of Hungary on how the pandemic has changed gold investment trends.

Rékàsi explores many topics such as why the central banks are attracted to gold during the Covid-19 pandemic, if the gold purchased have reached their ceiling and what gold liquidity means for central banks. He speculates that while the Central Banks of Russia, China and Turkey might be leading gold purchases due to weakening relations with the U.S.A, the banks also have reasons to acquire gold in a dollar-centric economy.

He reveals that the Central Bank of Hungary has had a long-term policy strategy to increase their gold holdings. He says the main reason is the nation’s stability objectives, and that there are no current investment considerations for the reserves, but they hope the move will enhance financial stability and strengthen the market confidence of Hungarian economy. He stresses that gold is always a strategic asset and while countries like Uzbekistan have sold off their gold reserves, he doesn’t see other central banks reducing their holdings. Rékási concludes the interview by stating that changes to the market structure affect the gold’s position as a reserve asset more than inflation. Still, gold remains a good hedge against it, as it is the ultimate store of value.