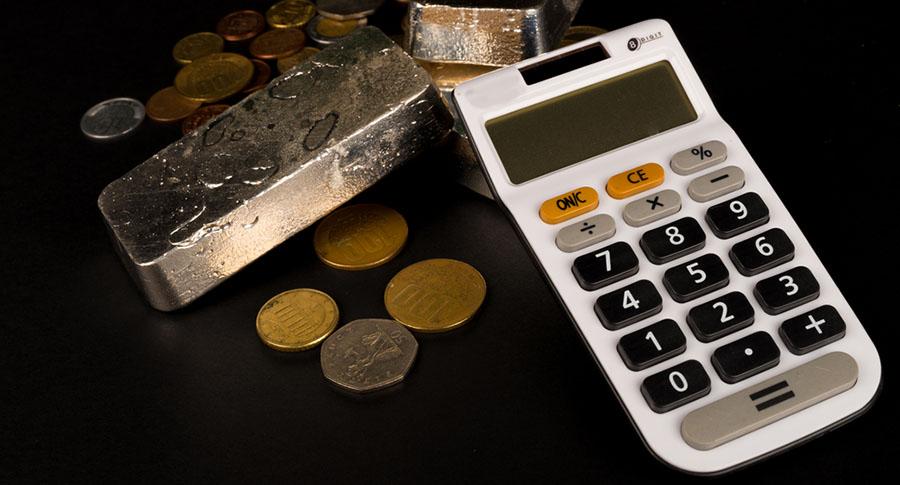 Streetwise Reports: How to Understand the Gold-Silver Ratios and Win

Maurice Jackson of Proven and Probable and Andy Schectman of Miles Franklin Precious Metals Investments discuss macroeconomic policy and how to benefit from current fluctuations of the Dow gold and gold silver ratios.

Andy begins the discussion by explaining how the gold’s current price trend was caused by the Bank of International Settlements and Basel III: Since 1944 the only tier 1 asset has been fully funded dollar deposits, while gold was considered “mere” tier 3. This meant Central banks were de-incentivized to own it as it didn’t pay interest, was expensive to store, moved unpredictably, and had only a limited ability to transact international business. But in April 2019 gold was reclassified as tier 1, considerably boosting its demand and value. Andy believes it’s only a matter of time before gold goes higher than anyone thinks possible.

When asked about the US Federal Reserve’s fiscal policy, Andy speculates that they are trying to stave off global deflation of all assets and bad loans. To do this they’ve printed about 8 trillion dollars in 10 months, making an illusionary recovery, a bull market. At the moment of writing the Dow Jones is at an all time high, while there are 50 million unemployed people. He believes that people will soon realize that the market cannot rise much more, when large areas of the economy have shut down. He predicts that the investors will be pulling out of the stock market to buy anything tangible: real estate, precious metals, etc. He worries that the current stimulus strategy will lead to hyper stagflation, where there is little to no economic growth, high taxes and high prices.

Next Andy comments that based on the Dow gold ratio at the time of writing, selling gold and buying Dow seems prudent. But he considers Dow overvalued and argues that it’d be more wise to do the opposite. He also advises to follow the gold-silver-ratio: in March its discrepancy of 120:1 was the biggest in human history, but even the current 70:1 heavily favours silver as it’s a depleting asset with great industry demand. One of the best investments on the planet. On the other hand Andy disregards platinum’s current price trend as misleading and hopes it’d be easier to acquire. Maurice and Andy both agree that gold is their go-to metal, and their main reasons for buying silver and platinum is to exchange them for more gold, when the ratio inevitably corrects itself.

Lawrie Williams comments on Martin Murenbeeld’s opinion on the U.S. Federal Reserve’s FOMC deliberations and throws suspicion on Martin’s numbers. Lawrie claims they could be even better for gold, if not for attempts to suppress its price rises.

Lawrie reminds his opinions come from the pragmatic mind of an engineer rather than from economic theory: gold should be the ultimate economic bellwether, but central banks and governments continuously work to keep its price under control. A rising gold price is seen as a threat to the U.S. dollar, the lynchpin of the global economy. He reminds that the U.S. government has used gold price control to battle runaway inflation from the 1980s, which continues to this day.

He warns that official statistics are used to paint a brighter picture of the current economic situation than reality warrants. Lawrie points out that, for example, the Consumer Price Index of 1980 isn’t comparable to current statistics, because the basic assumptions behind the numbers have gone through major changes. This means that inflation among other numbers would be drastically higher if calculated under the old system. Lawrie points to John Williams’ Shadowstats service for an alternate statistics that in his opinion are better at reflecting reality.

Lawrie predicts that the central banks will continue to control the gold price to prevent a total collapse, but there might be a slower and steadier price increase to prevent the dam from bursting – as long as the status quo continues. If he’s wrong and the ultra bullish predictions of a $10.000 gold price come true, the overall global impact will be disastrous as well.

The latest Degussa Market Report explores the relation between U.S. dollar and gold price. Currently the dollar dominates global finance and is very attractive especially for non-US investors. But now, from March 2020 to mid-December dollar’s external value has declined by approx. 11%, presumably due to economic uncertainty and the U.S. Federal reserve’s expansionary monetary policy.

From a historical perspective the declining U.S. dollar has benefited the gold price. The report uses a scatter chart (see orig. article) to demonstrate the relation between gold price and the USD. It shows that the price of gold in terms of the U.S. dollar has increased by avg. 9% a year irrespective of changes in the external value of USD. The price of gold went down when the dollar’s value increased and vice versa. Still, the linear trend’s explanatory power is lower as it only accounts for 12% of the variance. This suggests other factors that also affect the price of gold.

Thus, gold can act as an effective long-term hedge against the variation of the U.S. dollar’s external value. It is quite safe to assume that holding gold during the coming period will pay off for the investor, when the purchasing power of official currencies are about to be debased. In the current environment of monetary expansion, suppressed interest rates and out-of-control public deficit, gold (and silver) is a possible way to escape the weakening purchasing power of money. At current prices gold has a good chance to be risk reducing and return-enhancing for long-term oriented investors.

Read the earlier article
Familiarise with our PM investment products