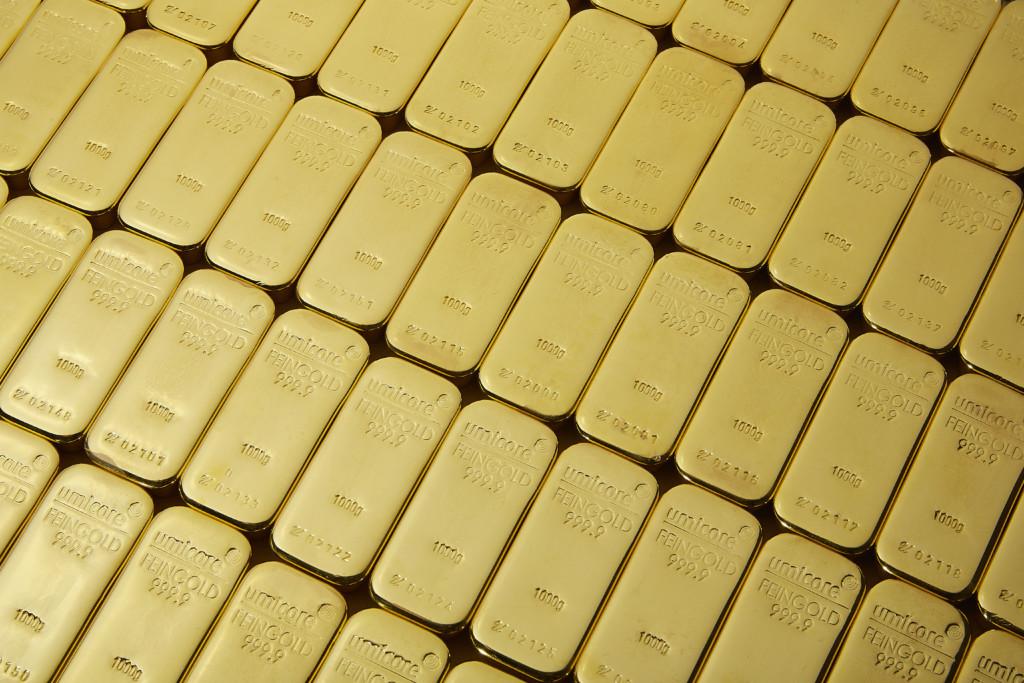 Degussa: Only Gold Can Protect You

Fiat money regime or the worldwide unbacked paper economy is an economically destructive scheme, claims a talk transcripted by the Degussa Market Report. The speaker claims that a move towards free market money and ending the state monopoly on money production would solve numerous economic and political problems the world faces today.

What is “fiat money”

Dollar, Euro and other global currencies are defined as “fiat money”, meaning money monopolized by central banks and generated via credit expansion or “out of thin air”. Unlike for example gold’, its buying power dwindles constantly causing increasing inflation. It is also partly the reason for the global economy’s boom and bust cycles and speculative bubbles that cause financial crises. The speaker says that central banks have developed colossal debt pyramids: according to the International Institute for Finance, the global debt was 331% of global GDP in Q1 2020. And now the coronavirus crisis and the political lockdown have revealed the “fiat money regime’s” inherent instability. To battle the crisis, central banks have taken measures once only seen during wartime, such as suppressing interest rates.

Author claims that the political effort to prevent fiat money economy’s collapse is leading to bigger governments and a form of “semi-socialism” that inevitably erodes the free market economy and might even lead to its replacement with a planned economy, which poses a serious threat to the prosperity of billions of people.

Free money market and gold as a currency

The report offers a free money market as a solution to this problem. Author believes that when people are allowed to choose their preferred type of money, demand and multiplicity of individual actors will eventually decide the new international medium of exchange. But what would this medium be? While it cannot be predicted with certainty, a historical precedent shows that gold, silver and other precious metals provide a strong candidate – with cryptocurrency being another promising alternative.

Gold remains a good target for investment regardless of what happens. As the former Federal Reserve chairman Alan Greenspan summed in 2014: “Gold is a currency. It is still, by all evidence, a premier currency. No fiat curren-cy, including the dollar, can match it.” It’s purchasing power cannot be debased by banks nor has it a credit risk unlike bank deposits. Even today there are many good reasons to prefer gold over fiat currencies.

Silver has settled above the 50 EMA at $24.40 and is moving towards $25.00 resistance level, as reported by FX Empire. The U.S. dollar has remained under pressure as the U.S. Fed has announced new plans to support the economy. A dovish support policy will keep dollar interest rates low and steer gold and silver towards higher levels.

Gold has also settled above at $1905 and might reach the next resistance level of $1930, which would cause additional upside momentum, which would be bullish for precious metals such as silver. The gold/silver ratio is developing downside momentum below 50 EMA at 78.50 which will also support silver.

If silver rises above its October highs, it’ll get greater upside momentum and continue rebounding from the lows caused by September’s sell-off. However, if silver gets below the 50 EMA, it’ll move towards a $23.90 support level.

Daniela Cambone of Stansberry Research interviews Ross Norman, the CEO of Metals daily news aggregator about the surprising rise of the U.S. dollar and what it means for the precious metal prices. When everyone believed that the dollar would collapse post election, actually both dollar and gold are up 0.6% and dollar is becoming a key driver in the gold market.

According to Ross many predictions of the U.S. dollar’s collapse were overstated and might’ve been a reflection of dissatisfaction with the U.S. politics. He hopes that the 2.2 trillion dollar stimulus spend promised by the democrats will lead investors to expect a massive inflation, which drives up the gold price. In any event, the winner of the election has a monumental economic task to perform with both the stimulus and later dealing with the massive debt incurred.

He highlights two news events that have been buried under the over-detailed Covid-19 news coverage: the Managing Director of the IMF, Kristalina Georgileva, has called for a complete financial reset to deal with the economical problems caused by the pandemic. Secondly the mainstream media is overfocused on the healthcare impact of the coronavirus and should focus more on its economic impact – on small to middle sized businesses for example.

Finally Ross comments shortly on the World Gold Council’s third quarter report: the key point of the report was that the two main drivers of gold price, ETF and central bank demand are stagnating at the moment. On the good side, both India’s and China’s gold demand seems to be picking up slightly, which also supports the rest of the economy.