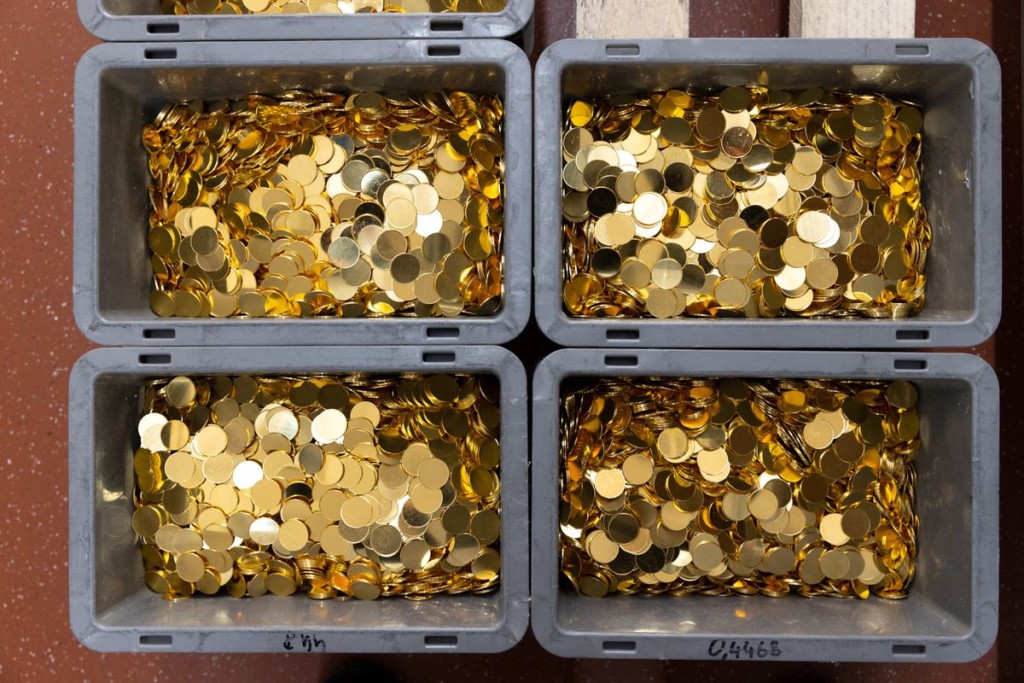 New Gold Rush in Austria, and Why Only Gold Is Money

The Austrian Mint, one of the world’s oldest and biggest producers of gold bullion coins, is unable to keep up with demand as people rush to find a safe haven for their money amid surging inflation and economic fears caused by war in Ukraine.

“Demand for gold has never been as high as this year,” the Mint’s Chief Executive Gerhard Starsich told Reuters in his ornate office in a Vienna building where coins have been struck since the 1830s. Behind its quiet facade lies a warren of workshops where modern machines melt metals and thump out money.

“At the moment, every gold coin that comes off the coining press has already been sold,” said Starsich. “Right now we could sell three times as many as we are able to produce”. The Mint’s shop has had a long queue outside daily for months.

Austria is a financially conservative country in which the public hoards cash and gold in times of crisis. The Mint says demand for gold is the highest it has been since it took on its current form in 1989.

The Austrian National Bank, which owns the Mint, said in a presentation on Austrian households’ finances in October that more gold had been bought in the two-and-a-half years since the coronavirus pandemic started than in the five years before that.

It noted demand for gold in the first half of this year was higher even than in the first half of 2020, “despite rising prices”, suggesting a rush to an asset seen as a safe haven. “It’s a cascade,” Starsich said of the causes. “It started with the corona crisis, with the pandemic, when people were unsettled. Then in February Russia invaded Ukraine. That boosted sales again. Then the rising inflation over the summer/autumn, which increased sales further slightly”.

Gold Is Money: Everything Else Is Credit

Claudio Grass, an independent precious metals advisor based out of Switzerland writes in Eurasia Review: “Throughout the better part of 2022 there has been one question that has consistently, and predictably, popped up in conversations with my friends, clients and readers. Those who know me and are familiar with my ideas are well aware of my position on precious metals and the multiple roles they serve, so I can’t blame them for them for being curious whether I still “stick to my guns” in this era of irrationality in the markets and the economy. Especially for those not versed in monetary history, which is regrettably the vast majority of the population, it is natural to wonder: “If gold is such a great hedge against inflation, why hasn’t it skyrocketed now that inflation is finally here?”.

Well, there are a couple of reasons for that, some more obvious than others. The interest rate hikes that the Fed spearheaded and repeatedly escalated are the most straightforward explanation. At least that’s the answer most mainstream economists and analysts will give you. In euros, gold is up around 6.6%. In yen, it’s up 17.9% In Egyptian pounds is up over 45%. What this clearly shows us, is that perspective matters.

And for those that can see the bigger picture, that perspective is even clearer: Thinking about the gold price in terms of any flat currency, not just the USD, is not really helpful. It’s not gold’s value that fluctuates, what fluctuates is the perceived and totally imaginary value of all these useless pieces of paper. After all, as all long-term, responsible precious metals investors know very well, there’s only one important trend and its an obvious one.

As I mentioned many times, I do not believe that short-term price considerations should play a pivotal role in the decision making process of investors who hold gold for the right reasons and who understand why they do. What is important, however, is to look beyond the mainstream headlines and to be able to separate the signal from the noise. Consider this for a moment and then recall all their official statements and projections about the economy and how a recession is avoidable, about inflation and how it’s definitely, absolutely under control and about their faith in their own currencies. Feel free to draw your own conclusions about what’s coming.

Looking forward to the next year, it is clear that there are many reasons to be concerned. The conflict in Ukraine shows no signs of abating and all the pre-existing problems it seriously aggravated can also be expected to linger, if not get worse. Inflation is set to continue to plague the real economy, no matter how hard government statisticians try to cook the numbers: Even if CPI goes down, real households will continue to feel the pain. There’s an abundance of supportive forces working in favour of gold and the dynamics are so striking that even the big banks couldn’t help but notice. In early December, Saxo Bank put out an “outrageous” price forecast of $3,000/ounce, in its most “extreme” scenario of a worldwide “war economy”.”