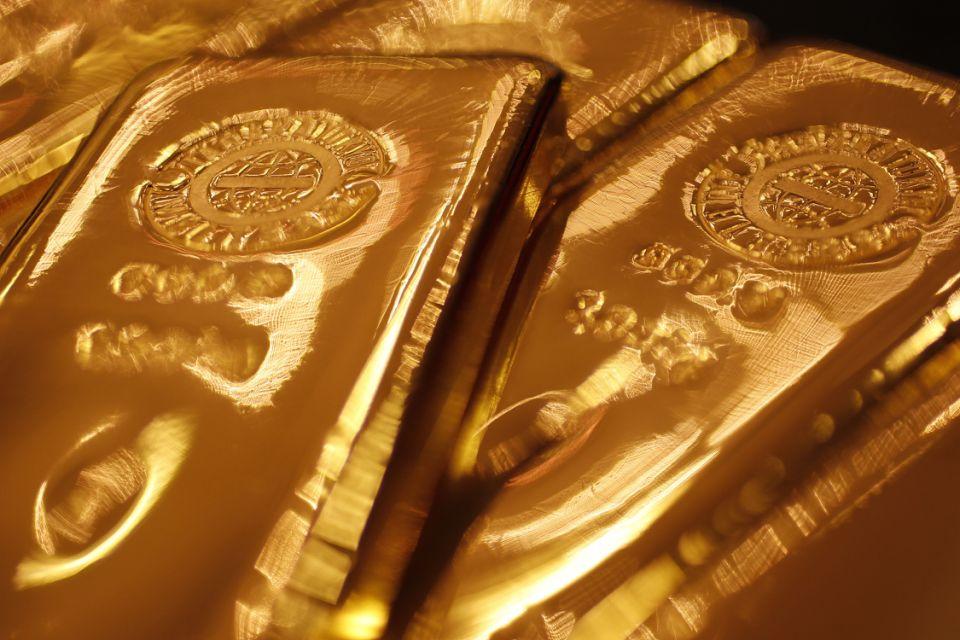 The year 2020 has become gold’s best year in a decade, writes Kumutha Ramanathan from Yahoo! Finance. In December the US dollar reached a record low since April 2018, while bullion’s value has kept rising. It reached a record of $2,000 in August, when Us interest rates collapsed and investors sought for alternatives to stocks and bonds.

Analysts are divided on what trajectory gold will take in 2021. Morgan Stanley says that precious metals will face pressure when financial markets stabilise, while HSBC argues that bullion will continue to rise. UK’s Capital Economics’ assessment is more mixed as they expect the commodity trading to remain around $1,900 per ounce through 2021. They warn that their forecast has some risks, for example if the US economy revives faster than they expect – they expect US interest rates to remain near zero until the year 2023. Investors could also choose to depend on safe-haven assets. Still, they believe that investment demand will remain high for now.

The last year was spectacular for precious metals and 2021 is promising further gains, especially for silver, writes Peter Hobson from Reuters. Price of precious metals, especially gold and silver soared during 2020 as the pandemic drive global economy to a halt and drove the investors to traditional safe-haven assets to protect their wealth. This pushed gold up by more than 20% and silver rising 47%.

Consultant Philip Newman from Metals Focus predicts that gold and palladium will see record highs during 2021 with most gains going to silver. Last year we saw physical gold’s demand suffer, but it’s investment demand surge as seen in SPDR Gold Trust’s yearly gain of 30%, which was the biggest recorded since 2009. Prices dropped when vaccines were deployed against the Covid-19 and investors moved to assets that perform well in an economic growth period.

Still, an independent analyst Ross Norman said that the huge government debt, negative real returns on bonds and threats of inflation will continue supporting gold in 2021. He believes gold could rise another 20%. Silver could fare even better when the economy picks up as it’s an industrial metal used in solar panels and U.S. President-elect Joe Biden is predicted to push into clean energy.

Lawrence Williams of Sharps Pixley reflects on the passing year: January 2020 they predicted a moderate 10% increase for gold, and then Covid-19 appeared and pushed it up by 36% in early August. A sharp correction followed, but at the end of the year gold was still up around 22%.

He believes that despite news about the vaccine, the pandemic will continue to affect the world for the first half of 2021 and will only display signs of being controlled during the later half. Thus the global economy will be turning worse before it straightens up again. He bases his predictions on the new, more transmissible virus mutation and despite the vaccine rollouts, the number of infections seem to be on the rise. Sharps Pixley are confident that there will be a decent increase in both gold and silver prices in 2021, while the equities market will be slightly negative. Though Lawrence points out that their forecast might even be conservative, if our worst fears on the virus spread and economic impact turn out to be true.

Sharps Pixley’s forecast for 2021 have been collected on this table: 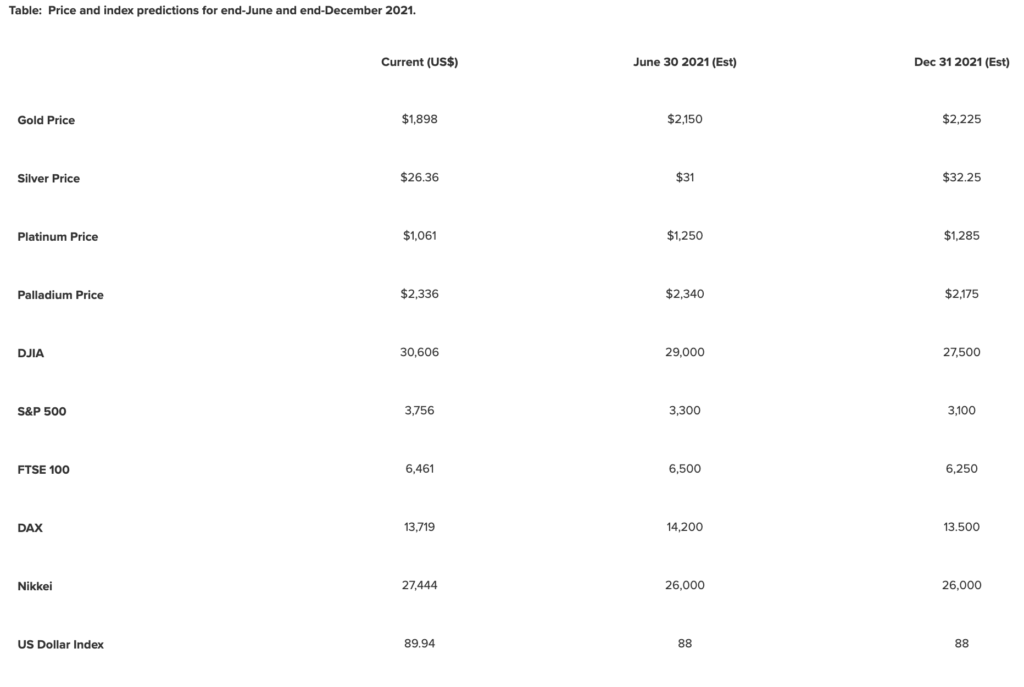 Goldmoney: Will Fiat-Economy by Replaced by Gold Backed Currency?

Alasdair Macleod of Goldmoney argues that fiat money is becoming obsolete one way or another as the coming hyperinflation and instability will turn the public’s faith against fiat money and Keynesian ideology. There are two viable alternatives to replace it: gold and silver backed currencies or cryptocurrency. In the article, Alasdair makes an argument on why the current system will be replaced and why it will be replaced by gold.

Alasdair makes several arguments on why the fiat money economy cannot last and will eventually collapse. Some key reasons for this are the dollar’s hyperinflation that began in the second fiscal half of 2020 and a predicted fall of the dollar in foreign exchanges. So far the U.S. Federal Reserve has remedied these by monetary debasement, but it can only continue as long as it’s accepted by the public.

The collapse will first be felt in foreign exchanges, and eventually the government will be driven into a debt trap and go bankrupt – if it doesn’t massively cut its spending. This will eventually lead to a period of instability and the end of fiat currencies.

The common belief is that it will happen as a government controlled reset and a move to, for example, central bank digital currencies. But they won’t be accepted by the public. A reset ignores the problem’s origin: governments cannot be trusted with money. The only viable alternative is gold backed currency, as it’s owned in quantity by central banks and treasury departments. They will establish a gold substitute money that’s exchangeable to gold coinage at a fixed rate. In other words, the monetary conditions predating the First World War. China and Russia are predicted to be the forerunners of gold-backed currency.

In conclusion, the flexibility of monetary gold supply and stability of prices allows business calculations of a very high certainty. It is the path to prosperity in a post-fiat world.