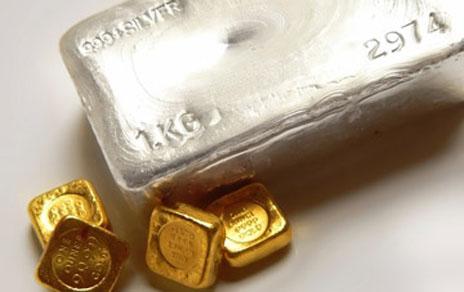 ECB Hinting About Rate Hikes, Gold and Silver Will Shine In 2022

The European Central Bank is changing its ultra-dovish politics. Christine Lagarde, the President of ECB, announced in a recent press conference that the bank is ending its Pandemic Emergency Programme asset purchases in March 2022. She also acknowledged the risk of inflation and implied the chance of interest rate hikes as a response to the situation.

While Lagarde didn’t say there would be rate hikes, she didn’t repeat her earlier statement that hikes would be unlikely in 2022 and instead admitted that the macroeconomic conditions had significantly changed since December 2021. This is remarkable as Lagarde is known to be very dovish compared to other central bankers.

This is likely a part of a general tightening of global monetary policy with the Bank of England hiking its main policy rate and starting quantitative tightening and the Fed being rumored to end quantitative easing and start raising the federal funds rate. While the euro area’s inflation pressure isn’t on the same level as the U.S.’s, it’s still the highest in the whole history of euro. And in terms of GDP, Europe is two quarters behind the US in its recovery to the pre-pandemic level.

While it’s unlikely that the ECB will massively hike interest rates, all of this is bullish for gold. While the ECB will be lagging behind the Fed, German bond yields have risen and have room to rise even more. If the spread between American and German interest rates continues to narrow, the euro will strengthen against the US dollar – which will support gold. On the other hand, if this spread widens then gold will suffer.

The global silver demand will rise to 1.112 billion ounces in 2022, according to the Silver Institute’s forecast. The main cause for this will be the increased use in both the traditional and green technology sector, as governments are committing to carbon neutrality.

Industrial fabrication is expected to rise by 5%, while jewellery and silverware use could rise by 11% and 21%. Meanwhile the Silver Institute predicts that the global silver supply will rise 7% to a six-year-high of 1.092 billion ounces in 2022.

The Royal Mint’s Head of Bullion Sales Nick Bowkett speculates the global retail buying frenzy shows that investors are concerned about the global economic recovery as the pandemic continues. Adding precious metals to a portfolio is seen as a powerful way to offset inflation risks.

In Europe, Germany is the leader in physical gold demand: in 2021 the country’s bullion sales increased by 6% to 264 tonnes. Globally gold demand increased 31% last year, to a total of 1,180 tonnes. According to the analysts, the recent tensions between the U.S. and Russia are driving up the demand in addition to the ongoing pandemic.